The Great British Bake Off – I’m Devastated! [SPOILER ALERT IF YOU MISSED THIS WEEK!]

So firstly I will say, if you haven’t watched this week’s episode and don’t want to know what happened – LOOK AWAY NOW!

Ok. You had your chance to look away – no complaints now!

What on earth is going on, Paul and Mary?!?! Flora is fantastic – I cannot believe she isn’t going to the final – I’m completely DEVASTATED!

I’ll say it now – I have been backing Flora from the very beginning. I think she is completely brilliant, I love her creativity, including her tendency to go above and beyond and make everything look completely gorgeous even if it is slightly above the brief. She’s younger than all the other contestants and there is a serious part of me that longed for her to show them all up and win just because of that. Also, having spent 3 years of my life in Scotland, I’m a little bit patriotic towards anyone Scottish and I’ve really loved hearing the gorgeous scottish tones each week. I can’t believe she is gone! I shall be in mourning more than a little bit when the final hits our screens next week without her little scottish face!

I am such a huge Bake off Fan, I absolutely bloody love it! This year, I’ve been so much busier during the bake off season than I was last year that I have actually only been able to watch one episode at the time it was actually broadcast!

I have taken to avoiding social media on Wednesday evenings until I’ve had the chance to watch the week’s episode on iPlayer – and so far have managed to avoid any spoilers. Yay!

Watching the semi final yesterday, after being out for dinner and drinks wednesday night, I was drooling – Chocolate week – YUM!

Chocolate Tart, Chocolate Souffle and a Signature Chocolate Centrepiece – what a great selection of all things chocolate! (I’m a little bit desperate to try out the soufflé myself so don’t be at all surprised if it features on this blog next week some time!)

I thought they all did really well – though I thought Ian should have come last in the technical purely because he used a blender to “fold” the meringue into the chocolate creme pat – umm….it’ll squish all the air out, Ian – Nadiya may have had bits of non-mixed-in meringue in hers but the point of a soufflé is for it to RISE! (And anyone who makes Nadiya cry needs a good strong look at themselves!)

I really like Nadiya – I think she has really come into herself in the last few weeks and her bakes have been brilliant. She is a family girl (hearing her family on the phone after she told them she was through to the final was ADORABLE!) and she is light-hearted and funny too – I nearly spat my tea all over my macbook when Nadiya announced on camera that she would rather have another baby than make another chocolate soufflé! HA!

I think Tamal is fantastic too – he’s so original, very creative and there is a way about him that is completely endearing. I really admire how he has been throughout this whole process. He also handled the media incredibly well this week when they asked whether he has a girlfriend and he simply said “I wouldn’t have a girlfriend, I would have a boyfriend, but I’m single at the moment” – good man! He’s always smiling, and seeing how chuffed he was when Paul shook his hand may well be one of my top ten moments of this series! (p.s. would the top ten moments of the series be a post people would be interested to read?)

Of the final 4, the only one I’m not so keen on (absolutely no offence meant!) is Ian. I’ve had a bit of a niggling towards Ian all along really. I know he is very creative with his moulds and things that he makes at home, but, and this could be controversial, isn’t it all about what you make with eggs and flour, and not about how good your welding skills are and how much you can get away with preparing at home?!?

I think he’s also come across as a bit over-confident and smug from the start….maybe it’s just me? “Things are looking pretty reasonable!” – alright Ian, don’t count your chickens just yet!

I can’t believe Flora is gone! I was counting on a final of Nadiya, Tamal and Flora – and it so looked like it was going that way – even Ian’s solid chocolate, no decoration, mostly made out of plastic, pretty-much-a-gimic-but-held-together-ok-ish “well” wasn’t a patch on Flora’s Cocoa Carousel – I know I didn’t taste it but the carousel was so pretty and so much more technically advanced!!!

Anyway, I must get over it, it’s happened now – and I can still follow her on Instagram and stalk her bakes there occasionally, and on her blog too, so that’s fine!

I cannot wait for the final – I don’t care what event, meeting, trip abroad or date-night with prince harry comes up, I won’t be going anywhere! I will be curled up, in my pjs, with something chocolatey, and I WILL be watching bake off at the time I’m meant to. I just can’t bear the tension.

Nadiya or Tamal have to win…. If Ian wins, there is quite a high chance I will boycott bake off for evermore and quite possibly send something over-baked with really badly distinguished layers, too much embellishment and not a strong enough banana flavour to Paul and Mary to attempt to demonstrate quite how upset I am.

p.s. no offence meant to Ian – Just an opinion – obviously! 🙂 Everyone has their favourites!
—————
Have you been watching? Who do you want to win? 🙂 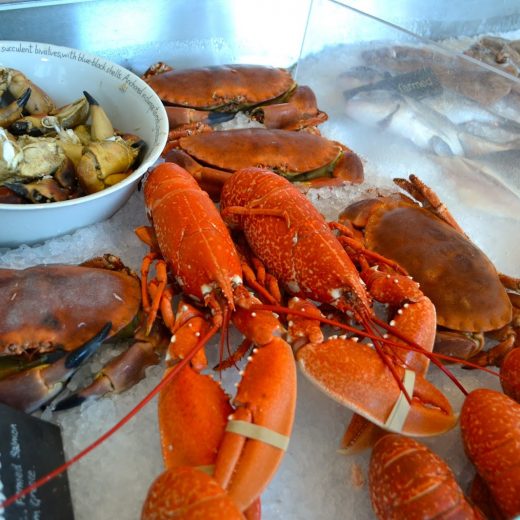 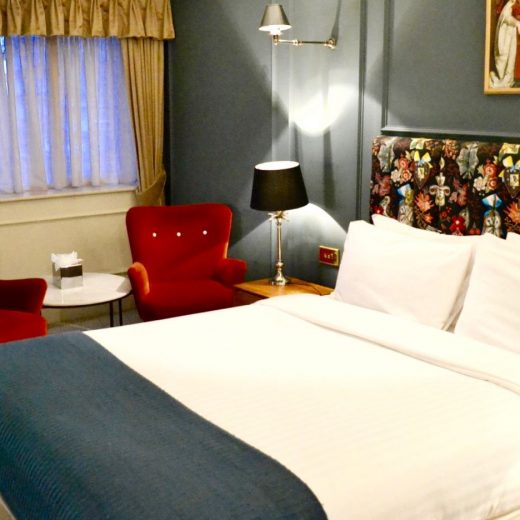 A Wonderful and Cosy Staycation at the Hotel Cromwell, Stevenage | AD