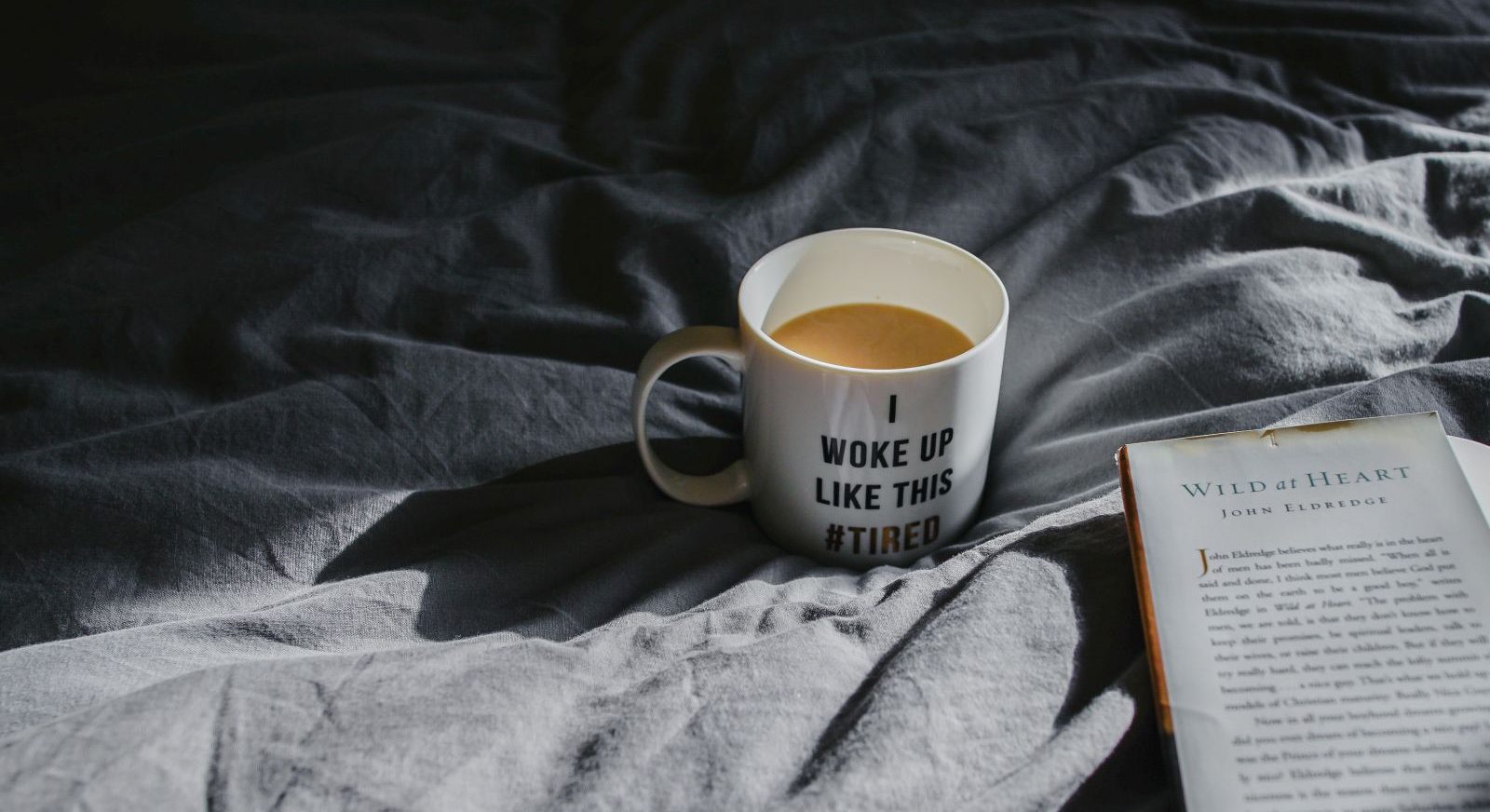 When they say that second year is tough, they really really REALLY aren’t kidding. This fortnight has been one of the toughest I’ve ever been through – not for what I’m actually doing day-to-day but on sheer resilience and stamina.

They always say shift work is tough, but when you pair full-time shift hours with days in uni and the huge amounts of work we’ve got to do before the end of the academic year, it’s really bloody tough!

I’ve been more tired in the last few weeks than I have ever been in my life. I’ve never felt exhaustion to this point – where my body hurts just keeping me standing up, or when my eyes are shutting on me when I’m just trying to eat my dinner, or where I feel close to tears just thinking about trying to manoeuvre the next few days of madness, or where every step I take feels like a marathon. It’s really been tough!

I don’t think I would have got through the past couple of weeks without M, honestly. He has been amazing! I’ve been getting home late, and completely run into the ground, and he’s been there with a hot dinner on the table, ready and waiting to give me a hug in the full knowledge that I will be shit company for the evening, yet again. He’s been incredible and I’m so so lucky!

There is a bit of a light at the end of the tunnel now, in fact the latter part of this week has given me a little bit of very welcome rest (or rather, time away from the hospital and time to crack onto the huge amount of written work we need to do!), but I still need some serious rest and recoup to be back to full working order – I still feel completely broken!

Anyway, whinge over – I guess I just wanted to be honest as I always said I would be in these posts. The end of second year is tough, there is no other way around it!

So, this past week I had three days in the hospital; the first we were looking after a labourer with an epidural; she was being induced for Obstetric Cholestasis (where the liver function is affected by pregnancy and creates a big build up of bile acid). When we took over care she was 4cm dilated, and as the day went on she gradually progressed, though slightly slower than average. Towards the end of the day, on her third re-examination, she had still only got to 6cm dilation and seemed to have stopped progressing. The doctors discussed it with her and the decision was made to take her into theatre for a caesarean section. We transferred her to theatre and only 7 minutes before the end of out shift, the baby was delivered.

Unfortunately, at this point, the mum started feeling some discomfort, so safe in the knowledge that her baby boy was delivered and well, they anaesthetist administered her a general anaesthetic and she went to sleep for the remainder of her surgery. It wasn’t quite the happy ending of our shift that we had pictured, but at least the baby was well and mum would be awake and fine within just a couple of hours.

My second shift of the week was a VERY similar case of slow progression. This woman has started off as a home birth, and the afternoon before had been 4cm dilated. Then she had been transferred into the hospital overnight as when they examined her again after midnight, she was still 4cm dilated, even after breaking her waters. By the time we took over care in the morning, she had an epidural and a hormone drip to stimulate contractions. We examined her again and she was still only 4cm dilated! Bless her, she had already been in “active labour” for more than 14 hours! We upped the hormone drip and kept her comfortable, and then 4 hours later, examined her again; finally some progression – she was 6cm! The relief in her face that she was getting somewhere was lovely to see!

We carried on with the hormone drip and by 5.15pm she was finally fully dilated – 24 hours after her first examination of 4cm! The doctors decided to allow a passive hour to let the baby descend and so at 6.15 she started pushing. Two hours later, still pushing, the night staff come on and took over care – bless her, she was pushing so so well and making such good progression, but that little baby was certainly taking it’s time! We checked on her when we went back on shift, turns out she ended up having a forceps delivery in theatre about 2 hours after we left, and a healthy baby boy!

Giving the encouragement for a woman to push and keep pushing for that long is completely exhausting and given how tired I already was this week, by the time we handed over care and left the room, I could barely stand. It was all i could do to get changed and walk to the car and by the time I got home, it took me all of about 15 minutes (in which I wolfed down some dinner) before I was falling asleep on M’s shoulder.

We also had a day in uni this week alongside our shifts. We spent the morning having a lecture from some genetic counsellors. It was actually really interesting to learn how their side of it all works and how they go about establishing whether an unborn child is at risk of a certain genetic condition – fascinating really. In the afternoon we had a couple of women in telling us all about the different traveller communities and how midwives can provide better care for these women who often don’t have consistent midwifery care. Both sessions were really interesting and will definitely be useful – and it was nice to see the girls too!

My third shift this week my mentor and I were looking after a woman who was 30 weeks pregnant and had been having some tightenings overnight and so they were querying whether she was going into labour. She had actually stopped feeling the tightenings but the baby’s heart rate was having some decelerations and so she needed close monitoring. For several years, this lady had been experiencing weird episodes where her heart rate suddenly went really high and she needed to sit very still for an hour or so until it went off. They had been trying to track it with 24 hour ECGs and things for years but so far nothing had managed to catch it (and so she had no proof or evidence of what was happening for a cardiologist to be able to treat it. So when it happened at about 1 o clock, while I was sat in the room with her, she was obviously quite excited (y’know, alongside the incredibly fast heart rate and feeling like she was struggling to breathe….)

I put the pulse ox reader on her finger and lo-and-behold, her heart rate was over 200bpm! I immediately called the team in and within 10 minutes we had a cardiologist in the room with her, a printed ECG report of what was happening and a diagnosis of SVT (Supraventricular tachycardia – where the electrical signals in your heart aren’t working properly and your heart gets stuck in a much faster rhythm than normal.

The cardiologist gave her a drug that he told her would bring her heart back into a normal rhythm, but first it will “make you feel like you’re going to die” for about ten seconds. I held her hand while he gave it to her and I’ve honestly never had a woman squeeze my hand so tight. About 15 seconds later, her heart rate was back in the mid-70s, and she was fine, but she agreed, it did make her feel like she was going to die for 10 seconds – bless her!

We monitored her and the baby for the rest of the day and then handed over care – she was very grateful; particularly now that her heart condition that had been affecting her for years, was diagnosed and would be able to be treated!

I had booked the weekend off a while ago, as yesterday was my birthday and we were planning on heading to bristol and spending the weekend with friends and family; eating and drinking and watching the football. Unfortunately, when it came to it I was just too run down – my birthday weekend needed to be cancelled so I could rest and recoup – I told you I was shattered! We stayed at home, had a couple of lie-ins, lusted over holiday options for a few days we  have actually got off together in September and generally chilled out – exactly what I needed.

I still feel like I’ve been hit by a train, and I can definitely feel some kind of bug or something coming on, but I’m back in the hospital today, so there really is no rest for the wicked!

I hope you all have a fab week! 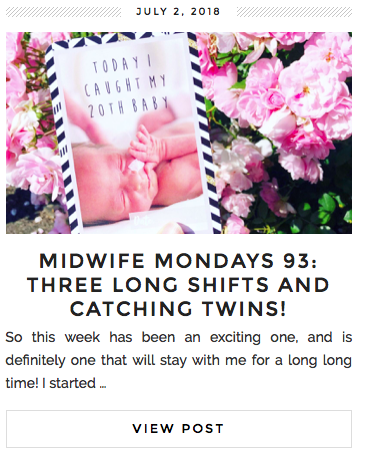 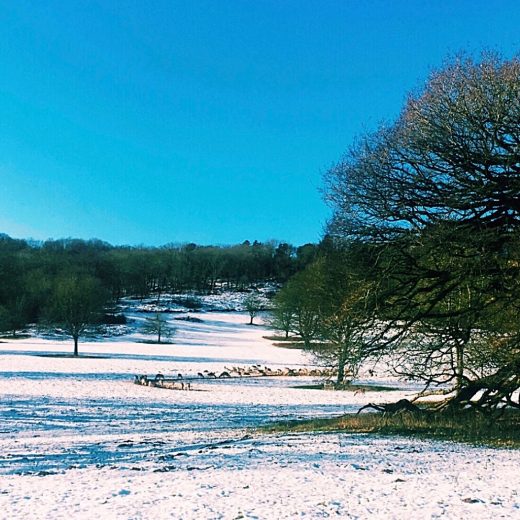 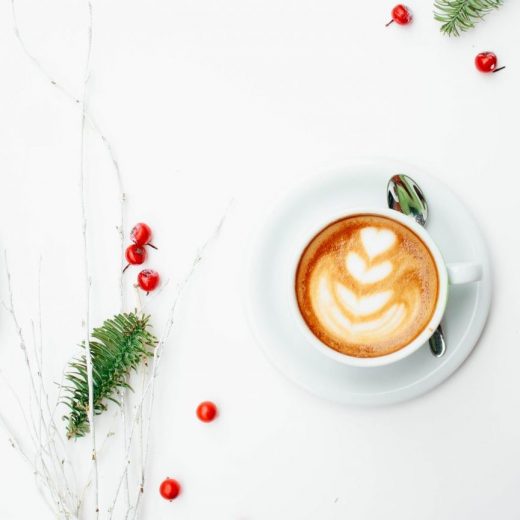 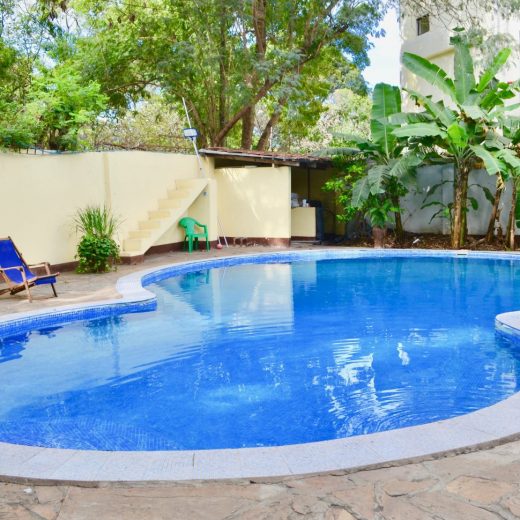