I absolutely love trying new things. Whether its jumping out of a plane at 15,000ft, eating a rare kind of meat or visiting a place I’ve never been to before, I just love the experience of now knowing what to expect and then establishing what you make of it all; good or bad, I love the new experiences!

A while back, M and I had the opportunity to try something that was COMPLETELY unique. I have never been in a position like it before and I probably won’t be again, but it was absolutely mind-bendingly brilliant.

What was this new experience? Well, we ate our entire three course meal, with wine, without knowing what it was we were eating, in the pitch darkness!

The restaurant “Dans Le Noir” is exactly what it says on the tin – “In The Dark” – and it doesn’t just mean a little bit dark, it is absolutely pitch black. There were no outlines or even an inkling of where the windows might be or how many people there were in the room; it was complete darkness. Possibly the most complete darkness I’ve ever experienced. Your eyes don’t adjust to it, there is literally no light at all, and you can’t see anything.

We arrived on this particular evening and were greeted by the friendly staff who got us a drink and showed us to a locker where we could put our bags and things (no phones or any personal belongings allowed – it might create light and ruin the illusion) We settled at a small table in the dimly lit room (it’s lit dimly so that you start getting used to darkness, but honestly, nothing can really prepare you!) and sipped at our drinks whilst looking at the menu.

The menu itself is minimal, because part of the experience is that you don’t know what it is that you are eating. You simply have to choose what type of food you would like to eat. There is the Green Menu, which is for the vegetarians, The Blue Menu, which is Pescatarian (Fish and Shellfish), the Red Menu, which is a selection of meat-based dishes, and The White Menu, which is simply described as “Trust Our Chef” and includes both Meat and Seafood Dishes.

I decided to go for the White Menu and try whatever was put in front of me – eek! M went for the Red Menu (he loves his meat and only like certain seafood so would have been a bit stuck if one of the things he isn’t so keen on had come up!)

After we had chosen our menu, we were escorted into the dining room by our waiter. All the waiting staff at Dans Le Noir are Blind or Partially-Sighted which is incredible humbling when you realise how completely incapacitated you become yourself when your own sight is taken away. We had to put our hands on each other’s shoulders and were sat down opposite each other at what was apparently a long table. We worked out pretty quickly that there was a couple already sitting to our right, and suddenly established how incredibly sociable this unique experience makes you.

The conversation started with the a giggle about how odd it all was and from there we just got to talking, the four of us. Strangers in London, talking to each other. It was remarkable, and I’m not saying that to be facetious. There was so few inhibitions, it just makes you so much more sociable! Also, we were chatting away and it struck me how many assumptions I was making about these people from talking to them – not positive or negative, not judgements exactly, but I was making assumptions on things like how I imagined they looked, or how old they were, just from the way they spoke. After our dinner we headed out with them, and it was safe to say, we all looked very different to how the others had imagined us – which was unique in itself, to have been chatting to a couple for nearly 2 hours and still not know if she was blonde or if he was as tall as you imagined him to be. (FYI, no she wasn’t, and yes he was, in fact he was taller!)

Food-wise, it was, again, a completely unique experience. When we were shown our seats we were told where the water glass was, where our wine glasses were and where the cutlery was, and then our first course was placed in front of us. Bearing in mind it is absolute pitch darkness, it really wasn’t long before we were struggling to find our wine glass, or having difficulty finding where the food was on the plate to get it onto our forks; in fact by the end of the starter, M and I had both given up on the cutlery (and from talking to those next to us, we weren’t the only ones!)

We were also given blind wine choices, based on the food we were being given; a glass per course, and this in itself was really interesting because more so than I have ever found before, I could taste all the subtle flavours in the wine – the hints of peach or blackcurrant that they always mention in the blurb on the bottle, I could actually taste really well!

Honestly, It took me a good 20 minutes to get even slightly used to being in the darkness like that, but I got there. M took about 5 minutes before he felt alright with it. Clearly he is just more trusting or more versatile than I am. For me I spent the first 15/20 minutes feeling quite uncomfortable, which, actually is probably quite an important part of the experience, and then I settled into it once the main courses arrived and I cracked into my second glass of wine (hic!).

We tried to guess what we were eating as we went on, and I’d say we guessed about half of it right; but then when you are being fed obscure meats like kangaroo, you can’t really be expected to guess it right! Afterwards, when we headed out to the bar, we were shown menus with pictures of the plates, telling us what we had eaten which was a really nice touch, just to be able to make it all make sense in your head.

We had a fantastic time at Dans Le Noir and I can’t recommend the experience highly enough if you are looking to experience something different – and the food was fantastic too!

Thank you to Dans Le Noir for having us – we had a fantastic time!

**This experience was gifted by Dans Le Noir, however I was under no obligation to write a post and as always all opinions are my own**

Big Health Kick Food Diary: What I Ate In A Week 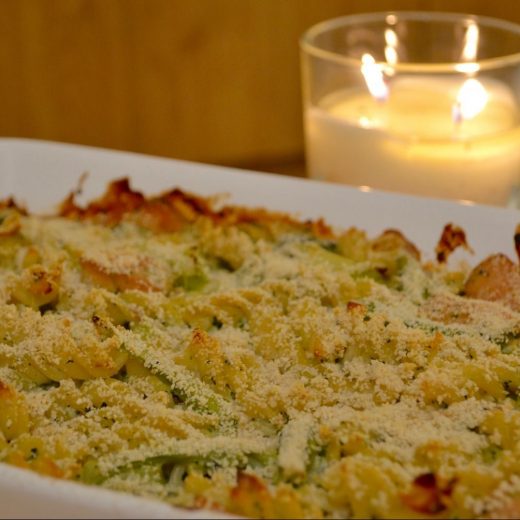