On the 18th December, at about 6pm, my house was full of people running around with cans of hairspray (Yes, even the boys!), shoes in hand, asking opinions on their outfit and getting ready for a good night. Were we going out for a night on the town? Not exactly…We were off to the Media night for Wicked the Musical!

Whenever a new musical opens, they will have a press night, where all the media can come along and write reviews about the production and the cast, followed by a big party. Wicked has been running in London since the 27th September 2006, so they have obviously already had their press night a while back! It seems a shame to have new cast members in each year and yet not to have a new press night, so most long running shows will have an annual media night.

This year, I have had 4 or 5 friends join the cast of Wicked in London, and was lucky enough to be invited to the Media night to see them up there doing their stuff and then for the party after!

The show, if you haven’t seen it, is magical. It tells the story of Glinda the Good and the Wicked Witch of the West before they became the good or bad characters that they are in the Wizard of Oz, and how we can misjudge people. The musical itself is fantastic, I can’t recommend it enough.

This was my fourth time seeing it since it opened and I still love it. The current cast are energetic and vibrant and I couldn’t keep my eyes off them!

After the show, we all went down to the party venue, only a few hundred yards from the theatre, but still teetering along in silly heels (of course!)

Upon arrival there were big backgrounds for press shots and several photographers snapping shots of everyone and interviewing the big names who had managed to make it along, including Blonde Electra, Lauren Platt and Only The Young from this year’s X Factor, British Bake Off’s Mary Berry, Actors David Harewood, Fay Ripley, Danny-Boy Hatchard, Eastender’s Adam Woodyatt and Downton Abbey’s Raquell Cassidy.

Everything was bathed in a green light and the champagne on arrival went down an absolute treat! We had some scrummy canapés and some really yummy macaroons too and then danced the night away with the help of the free bar!

Of course, these nights have to come to an end, and this night ended with us wandering around Victoria desperately trying to find a taxi. By this point I had given up on my heels and we all found it very amusing that I was leaving wet footprints from the inevitable winter puddles I had stepped in across the pavement!

It was a really special evening and I was particularly pleased to be there to see some very special friends celebrate settling into the show and get to dance and chat the night away with them!

Here’s hoping 2015 throws some more fun opportunities my way, I’ll keep you posted with what I get up to!

For a link to the video of the night, click here. 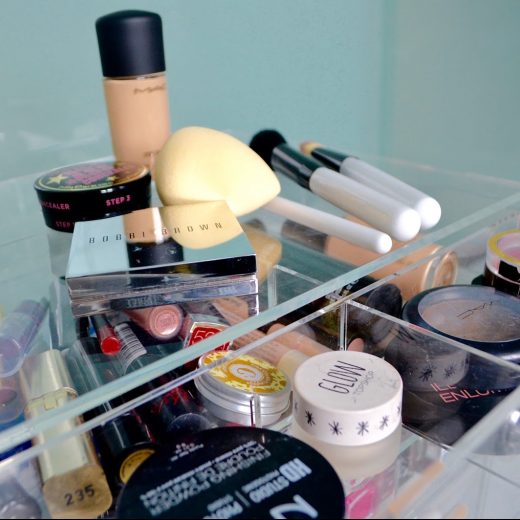 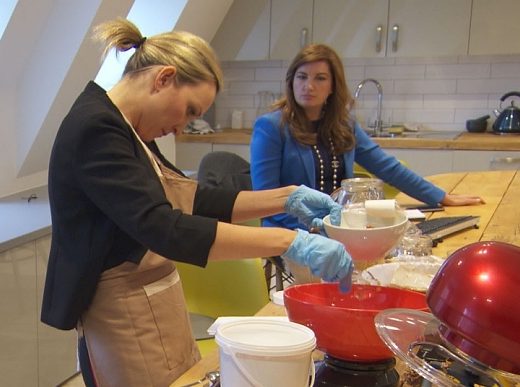