An Incredible Cause, A West End Stage and The Most Beautiful Dress! | AD 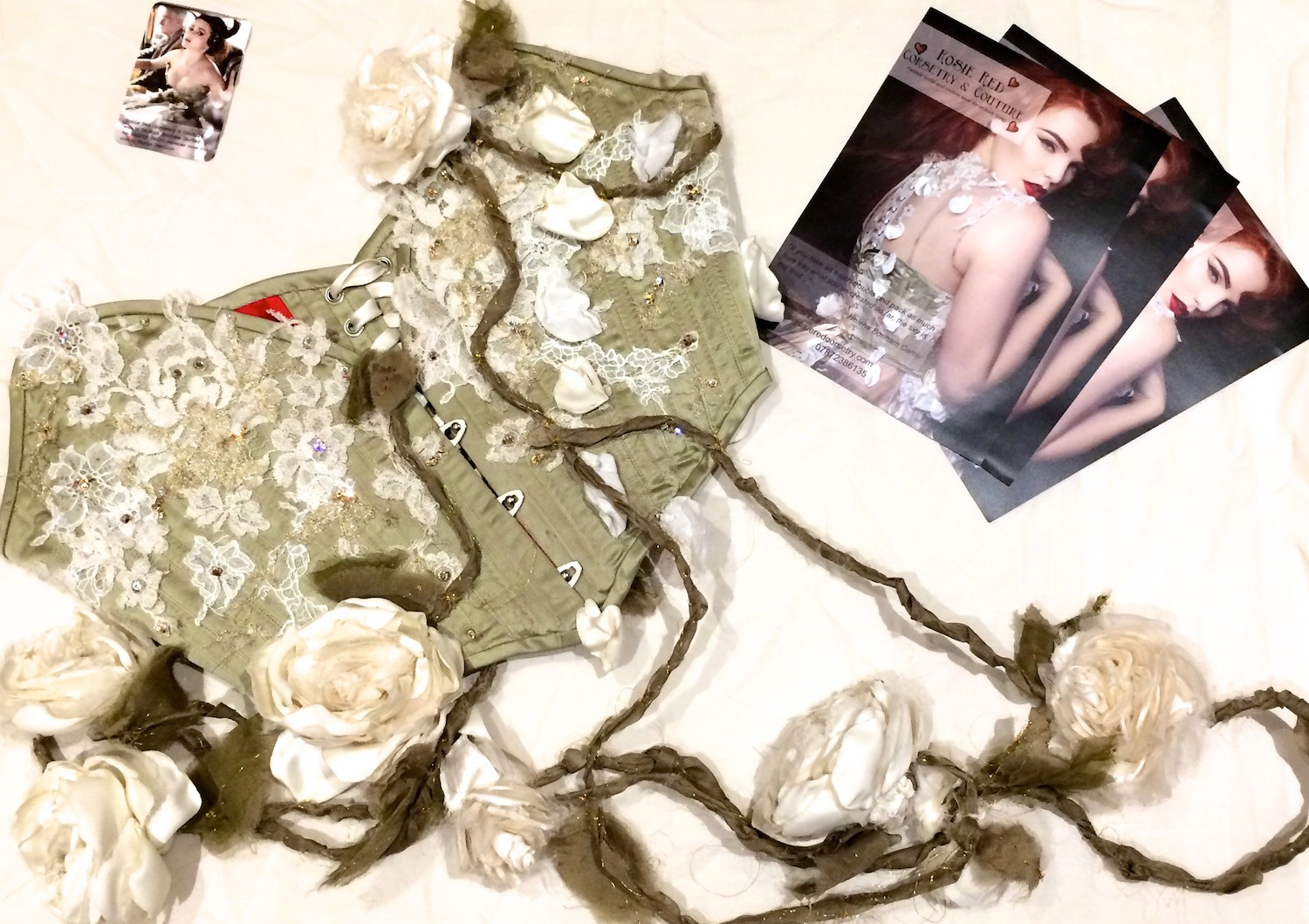 Sometimes, opportunities come around that aren’t every-day occurrences. Sometimes, someone will contact you and offer you a chance that may only come up once in your life. Obviously, you accept.

This is exactly what happened when I got a message from Dan and Laura Curtis back in January. I remember replying with freezing fingers to say that I would absolutely love to be involved. Of course I would. I love Dan and Laura’s work, and I have sung for them many times before and I hope I will many times in the future. But this was no normal concert they were asking about. They were asking me to sing for them at the London Palladium!
6 months later and the 21st June had arrived so incredibly fast I have literally no idea what I have done with the time in between – other than getting up on stage every night and moving flats more times that I dare to think about! Suddenly I was arriving at the London Palladium to appear as one of the headline performers in “Music Is Magic”.
The Incredible Cause
This concert was something truly special. It was a concert celebrating the work of the incredible charity “The Music Man Project“, who specialise in bringing music education to people with all levels of learning disabilities. As a person who has spent her entire life with music all around me, I know the benefits that can be brought from music and I think this charity are incredibly important and I am a huge admirer of what they do and what they are trying to achieve.
The students were a complete delight to meet, and their performances were fantastic, and often, incredibly moving.
The West End Stage
As a performer, the London Palladium is up there as one of the places everyone wants to get the chance to perform. It is one of the most prestigious stages in London’s West End and everybody from Judy Garland and Bing Crosby to Nat King Cole and Julie Andrews have performed there. If arriving at the London Palladium was a buzz, it was nothing to sound checking. Getting up there on that stage and singing our number, whilst taking the inevitable selfie, was completely incredible and an experience I won’t forget in a while.
The number we were singing was written specifically for the charity by Dan & Laura Curtis (composers of the Disney/Pixar Ratatouille project I did earlier this year). It was to be performed by Adam Robert Lewis (West End Singer), Charlotte Jaconelli (Britain’s Got Talent Runner Up), Jai McDowell (Britain’s Got Talent Winner) and little old me! How exciting!
So, after we had sound checked and made sure we were happy with microphone levels etc, we headed to our dressing room to relax a bit before the show, and to get into our outfits for our number.
The Dress
This was one of the parts of the evening I was most excited about because of The Dress. I mean quite literally, I was wearing the dress of all dresses.
I have followed “Miss Rosie Red” from ‘Rosie Red Corsetry‘ on Instagram for ages, but never thought I’d have the chance to wear one of her incredible pieces. I’d just lust over the dress porn. We spoke briefly when it came to sorting what I was going to wear for this concert, and to my amazement she said she would dress me in one of her designs for the night. She has recently dressed Helena Bonham Carter and Billie Piper, and now she was dressing me! This dress was the most beautiful this I have ever tried on and there is no way that words can explain the detail and how bloody gorgeous it was – so I took a load of photos.
Rosie makes couture dresses and corsets and even embroiders poetry and quotes into the dresses themselves so each one is so completely individual. I have also seen recently on her Instagram, the names of the Bride and Groom being embroidered into her bespoke wedding dresses. I cannot get enough. She has a fantastic ethic too – focussing not just on the teeny tiny of the world, but for women of all shapes and sizes – she has the philosophy that “Everybody Deserves To Feel Beautiful” and she is SO RIGHT!
Anyway, so I put on the gorgeous dress, with all it’s layers, and that was it – we had a group photo, and headed onto the stage.
The song went really well, and the audience seemed to like it – we even got a standing ovation (and I glimpsed my family in the audience when we bowed too!).This is such a wonderful group of performers too – I’m always so lucky – I end up working with some truly fantastic people and we just had so much fun!

I hope the charity made a huge amount of money from this concert – it was huge success and really really well sold – it is such a fantastic charity, and now i have witnessed first hand the incredible work that they do, I will be back to sing for them, or raise awareness however I can, whenever they will have me!

I’d like to say a HUGE Thank You so The Music Man Project and Dan and Laura for having me, and also a special Thank You to Rosie from “Rosie Red Corsetry” for dressing me for the night – I will simply have to wear your work again, it is absolutely stunning – I had such a fantastic night!

I also want to take this opportunity to congratulate Dan and Laura on the birth of their gorgeous son, William, which is why Laura wasn’t able to make the concert. I cannot wait to meet him! 🙂

————For more information about The Music Man Project, please see www.themusicmanproject.com or see their twitter feed at www.twitter.com/musicmanproject.

For more about Dan and Laura Curtis, visit www.danandlauracurtis.com, or visit them on twitter at www.twitter.com/danlauracurtis.
To read about, and see, the Disney-Pixar “Ratatouille” project I did with Dan and Laura, please click here.

*This GORGEOUS dress was loaned to me for the evening, however all views are my own. 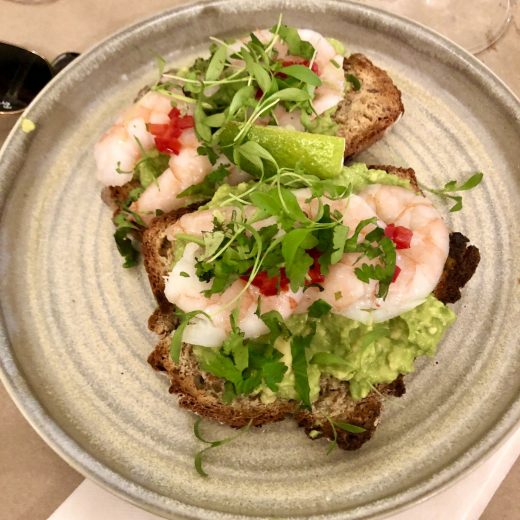 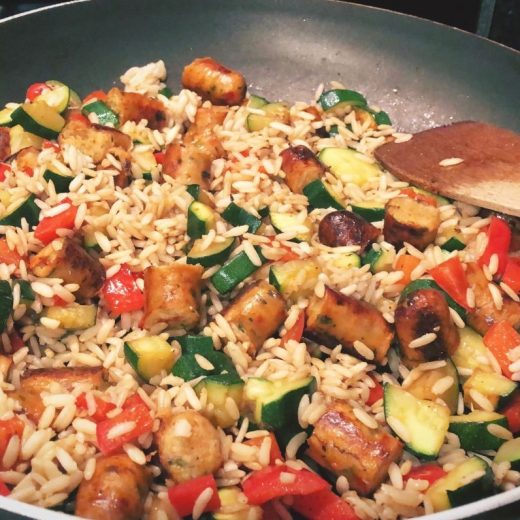 Big Health Kick Food Diary: What I Ate In A Week